Why Is There Such A Severe Lack Of Justice In The Black Community?

Why Is There Such A Severe Lack Of Justice In The Black Community? 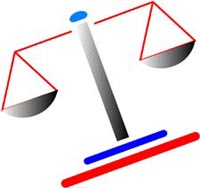 by Lawrence A. Robinson
As you know from articles in CommunitySteeple and the Orlando Sentinel and from the hundreds maybe thousands of comments on Facebook and other social media, there are many questions about the qualifications of Juan Lynum to run for Orlando City Commissioner of District 5.

Juan Lynum, the son of Commissioner Daily Lynum, stepped into the race as his mom withdrew her name. That smooth do-si-do dance step gave Juan the benefit of name recognition late in the campaign. That strategy, in itself should draw questions from the residence and voters.

Juan's mom Daisy Lynum, has been Commissioner of District 5 for about 16 years. During her term, the

district, some say has fallen into ruins. The City has used eminent domain and other maneuvers to take property from the residents. There are rows and rows of empty and boarded up apartments, houses and business where once the community thrived. Many say Daisy Lynum has a 'Legacy of Failure' in the community.

During her time in office she has made many powerful and rich friends and associates. She has made many deals for the district, some were okay, some not so good. Some of her friends and associates have ongoing deals which will outlast Daisy's term in office. Maybe that is why it may be important to keep the Lynum Legacy intack, even after she is gone. This may be the reason why Juan is forced to stand in, for his mother.

Why Has A 'Lynum/Post Lynum Occupancy' Become So Dire To Mayor Dyer?

Many of you are asking, "Why not file an injunction, or lawsuit, or something against Juan Lynum, or Daisy Lynum, or the Orlando City Clerk, or the mayor, or the city council, or the Supervisor of Elections, somebody, anybody?"

The friends of Daisy are very powerful. There were several FAMU School of Law attorneys approached to file suit. All decline. There was an out of town attorney brought in to represent the case. One week later, he also declined.

The Orange County NAACP, The National Action Network (both Central Florida Branches), The SCLC are all aware of this breach of voter rights in Orlando, but so far, none, not one organization has stepped up.

There was a non black attorney finally said that he would handle the case. This attorney was also a professor at UCF. He sent emails to the agencies involved as a courtesy to inform them of the impending injunction to follow the next day. The next day he was fired from his UCF position, obviously before he could file. Now, he is spending his time trying to get his job back.

This is the power that the Black community is up against. They, (the powers that be), want to maintain the status quo at any cost. Everyone is expendable. Where are you in this fight?

Here is an article on this same topic you might consider to get a little more insight into what Black people and the common people are up against. You will learn that the law has nothing to do with what is right and wrong, it only has to do with the law.