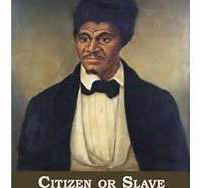 by Attorney Jerry Girley
Once again America is on edge over the killing of a young Black man. This time the names are different and the location is has changed but there is a common thread between the deaths of Trayvon Martin and Jordan Davis. Both of their assailants alleged that they were in fear for their lives and they were merely defending themselves.

The assertion that they were defending themselves has focused attention on Florida's Stand Your Ground law. This law allows a person to meet force with force, if he is attacked, up to and including deadly force.

Some version of this law has been a part of American jurisprudence for centuries. However, what Stand Your Ground did was amend the law to eliminate a previous requirement that a person attempt to retreat prior to resorting to the use of deadly force. The national gun lobby championed the change for the express purpose of selling more guns. In short, the gun lobby devised a calculated strategy to sell more guns by ginning up a national fear about, "angry and violent Black males." I'm sure that they realized that this campaign would result in the senseless deaths of many African American men but they did not care. The gun lobby apparatus, which is chiefly a fraternity of conservative White males, tapped into an unspoken, but well-established rule of American jurisprudence, White people do not have to respect the fundamental human rights of African Americans; a rule first announced in the notorious U.S. Supreme Court case of Dred Scott.

The Stand Your Ground law is a current legal device that taps into a long standing social,

political and cultural animus towards African Americans. This animus was stated most succinctly in the infamous ruling of the Dred Scott case. The Scott case was decided in 1857, 157 years ago. In this case the Chief Justice spoke about the social and political plight of African Americans. Justice Taney made it clear that he believed that African Americans were inferior beings to White people. Specifically, he spoke about the rights of African Americans from the perspective of when those rights came into direct conflict with White power and White privilege. The language he used was unprecedented for a Chief Justice of the U.S. Supreme Court. In relevant part he said the following:

[African Americans] had for more than a century before been regarded as beings of an inferior order, and altogether unfit to associate with the white race, either in social or political relations; and so far inferior, that they had no rights which the white man was bound to respect; and that the negro might justly and lawfully be reduced to slavery for his benefit. He was bought and sold, and treated as an ordinary article of merchandise and traffic, whenever a profit could be made by it.

Although all of the above quote is quite offensive one portion is helpful to explain how we keep ending up in the same place, as it relates to Black men being killed by White men: "They, [referring to African Americans], have no rights which the white man was bound to respect..." This exact statement captured and codified an unspoken and unbroken rule that has been consistently observed in America. The Black man/woman's rights are not respected or protected at the same level as all other people in this country. More egregiously, the Black man's/woman's rights are sometimes summarily disregarded by the various participants of the Court system. When we try to figure out what went wrong in the Trayvon Martin murder trial and again in the Jordan Davis murder trial we must keep this rule in mind. I am not suggesting that America as a whole is consciously prejudice. Quite the opposite is true, it is more of a unconscious prejudice. Americans are by and large a fair-minded people, and a people who embrace the principles of equality and justice. The problem is that many Americans are also easily manipulable. Most rely on retail sources such as radio or the local newspaper to get their news and to form their impressions of the world and the people in it. Very often these sources are controlled by people that I refer to collectively as the unseen hand.

The unseen hand has an agenda that is adverse to the interest of African Americans and essentially to most ordinary, non privileged Americans. The unseen hand uses its control over the media to put forth very unflattering and intentionally grotesque images of African Americans, especially African American males. All of this goes unnoticed and seemingly has little impact until a Black male is gunned down senselessly in the streets by a White person. Then, all of the preprogrammed notions rush to the fore, especially when non African Americans are called to sit in judgment of a person that is accused of killing a Black male. The default position that many proceed from is the grotesquely distorted image of the Black male that has been dormant somewhere in their unconscious thought.

Too many non African American jurors are willing to give a white defendant every possible benefit of the doubt but these same individuals can not seem to find it in themselves to put the Black victim on the same humane plane as their son or grandson. The American court system offers the Black male defendant or victim virtually no benefit of the doubt. Instead, every time he appears in court as a defendant, or as a victim of a crime, the one thing that is constantly in doubt is not his guilt, as a defendant, or his culpability as a victim of a crime, but rather it is his very humanity that is in doubt. Even 157 years later, the words of Justice Taney are still ringing true; African Americans have no rights which the white man is bound to respect.