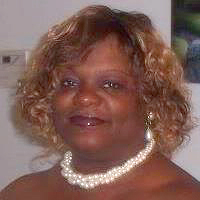 Have you ever wanted to tell your story so bad, get your point across, had so much on your mind and just needed someone to listen? Well Playwright Loretta Morris White from Central Florida & Playwright Maurice Tyson living in Atlanta, Ga have found a way to make a difference in the communities and be heard in a positive way.

They both served this Country and are now utilizing their great leadership skills, craftiness and positive influences through Stage Play productions to Educate as well as entertain our communities.

The two great Playwrights (although they wear many other hats) have put together a cast, crew and team from various communities between the States of Atlanta to Florida; that will grace the Stage in Atlanta on April 26, 2014.

Get in the Game they say! These Veterans did not give up because of their many adversities. They stayed in the game. They both have children that look up to them and as single parents, they have an obligation to continue paving a way. They have earned the respect of their household as well as the communities, but their first obligation was to their home because they know that's where it all begin.

Even though these two Playwrights live miles apart, they have something in common, they served this Country! They instantly bond and realized that they can work together to make great things happen. There are also two other U.S. Military Veterans on the team that served during times of conflict in the Military. Jeremy London and Carey Chisolm, they are presently attending college in Florida working towards their degree in Music Engineering. They are both Executives over the Music soundtrack for this great Production. Another member of the team that is active duty and presently serving in Florida, is Playwright Maurice Miller.

We are Veterans Making a Difference!
What does this have to do with youth or community? Well let's see, it first take great leaders; secondly, how are youth going to respect and look up to adults as role models if you don't ever put anything into action? We as a Nation may complain about our children being negative, bad and not doing this nor that. Well how can they if our adults are not doing anything to help make it happen. You can't leave it up to the school system to raise our children. They are to give the basic education. We perish for the lack of knowledge, Yes! And it has to continue outside of school.

Do you think that our youth can survive by just what they learn in school? Absolutely Not!
"I learned Independence and about trusting God from where all blessings flow, from my parents…Right at home, and back in the 60s and 70s, the family continued right out in your community". Family values are something that's not only taught but practiced. Who teaches this, not the school? If a child see that the parents or adults do nothing positive in their communities to support anyone or anything, it then becomes quite difficult for our youth to follow and start caring enough to do it on their own.

Our youth are being gunned down every day for many reasons; boredom, lack of family & community values, neglect and much more. Families are being destroyed around the world, not just African American. Violence is everywhere, it doesn't have a certain race, age or religious preference. So it's time to pay attention to our youth or, what they will become may not be what the community would consider the perfect kid from next door.

Loretta sat down and listened to news around the world and as so much violence tore through communities worldwide involving our youth, she started praying for a solution, instead of focusing on the problem. She decided to use her natural nurturing skills." Having raised 4 children, practically all alone, the solution became quite clear. Entertainment Educates! In the beginning this didn't quite make sense, in such a depressed situation. Murdered Teens throughout our Nation had nothing entertaining about it. Living in the City of Sanford where a teen was murdered and it became a situation that moved an entire Nation; it was time to really buckle down and do something quick while people were ready to do something.

As a Playwright and Music Producer, Loretta started writing and writing to release those confused feelings and hurt that she knew a mother had to feel when they lost a son. She started with a Poem based on a quote from the mother of a recently deceased teen. The mother of Trayvon Martin. In one of her speeches she mentioned briefly, "Use my Broken Heart" So that's where Loretta started.

I hurt, I ache, I'm angry, I cry…I didn't have a chance to tell my son goodbye. Some may know, Some may not; what I felt when my son, on that day was shot…He did not deserve to die I'm sure, It wasn't like a disease that needed a cure…He had a family that loved him much, I'm his mom and I miss his gentle touch….He had a dad who he looked up to. Then there was a murderer we tried to pursue…My heart is broken, it needs to mend. Now here's a message I'm trying to send…I want the world to use my pain, not for political or worldly gain. It's my wish that no other family hurt this way. So please "Use My Broken Heart" to Make a Change today! Copy written by Playwright Loretta Morris White.

After this poem was written, it began with more writing, and deeper thoughts. Loretta contacted a Playwright in Atlanta, Ga that she had been following and noticed that he was doing great things and making things happen. He was not afraid to let people know the truth about his feelings and to top it all off…He was a Veteran!

Once Mr. Maurice Tyson was contacted in Atlanta, Ga and details about the Play was discussed he took the bulls by the horn and have not slowed down yet. He stated, "If it's something this deep that I believe in, I will truly support it".
These two Playwrights will be bringing to the world a Stage Play production utilizing their directing and acting skills to Educate this Nation…"Why Did I Have to Die?" Written by Loretta Morris White copy written in 2013. This production is truly one that will continue to tug at the heart of our Nation until something is done.

Have you ever wondered what your loved ones would say if they had the chance after being murdered to come back and talk to you? Well these 4 young murdered teens in our production will be able to change the hearts of so many by doing just that.

Well we are taking it to the streets….Touring! and it all starts on the Anniversary of the death of one of our murdered teens, Mr. Trayvon Martin. Born on Feb 5 and Murdered on Feb 26. We pray that on this day people everywhere would express themselves in a positive way by showing respect for ALL of our lost teens and young that have been lost through senseless murders.