Or is a Daniel Ellsberg? Ellsberg was a military analyst with the RAND Corporation in 1969 when he secretly copied thousands of classified documents about U.S. decision-making during the Vietnam War. In 1971, he leaked the files (known as the Pentagon Papers) to The New York Times and 18 other newspapers.

Although the Nixon administration tried to prevent the publication of the files, the Supreme Court ruled in New York Times Co. v. United States that the newspaper could continue publishing the files. Ellsberg was later tried on 12 felony counts under the Espionage Act of 1917, and faced a possible sentence of 115 years in prison. His case was dismissed in 1973 on the grounds of gross governmental misconduct.

Edward taleph Snowden is exiled under the protection & care of Russian President Vladimir Putin. He was an American computer specialist and former CIA employee and NSA contractor who disclosed classified details of several top-secret United States and British government mass surveillance programs to the press. He is currently living in Russia under temporary political asylum and is classified as a fugitive from justice by American authorities. Snowden has been charged with espionage and theft of government property. His release of NSA material was called the most significant leak in US history since the release of the Pentagon Papers by leaker Daniel Ellsberg.

Based on information provided to The Guardian in May 2013 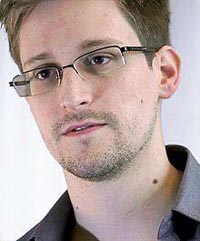 , Snowden, as an employee of NSA contractor Booz Allen Hamilton, leaked information that was included in a series of published exposés revealing agency programs such as the interception of US and European telephone metadata and the PRISM, XKeyscore, and Tempora Internet surveillance programs.

Edward Snowden has been a subject of controversy and he has been variously called a hero, a whistleblower, a patriot, a dissident, and a traitor. More than a few US officials, Director of National Intelligence James Clapper for example, have expressly condemned his actions as causing "huge, grave damage" to American intelligence capabilities. While many others, such as Elder Statesman & former president Jimmy Carter, commended Snowden on his NSA revelations.

Pentagon Papers whistleblower Daniel Ellsberg sees the arrest of Bradley Manning the convicted soldier who also leaked military secrets and the Snowden affair as signs that the United States is evolving a police state. "We have not only the capability of a police state, but certain beginnings of it right now," Ellsberg told HuffPost Live Wednesday. "And I absolutely agree with Edward Snowden. It's worth a person's life, prospect of assassination, or life in prison or life in exile -- it's worth that to try to restore our liberties and make this a 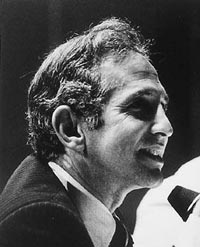 ESPIONAGE & the 9-11:
Acts of terrorism have gone up 89% World-Wide since 9-11. Clearly, there are organized efforts hurt U.S. interest and kill America Citizens; let us not be naïve. As we all know, sometimes the good perish with the bad, in other words, every American citizen does not have an interest nor do they endorse American Imperialism, but bullets & bomb kill indiscriminately.

As much as we are free to say what we want about anything, per constitutional protection (with exceptions for speech that is prohibited and that most would agree is speech prohibited for the greater good), it is a much different world Post 9-11 & I have no doubt that the NSA, as ominous, intrusive, big and bad as we all say that the agency is, have saved lives with the operations that have been conducted via espionage and black-Ops methods. Espionage is a necessary evil in a dangerous world. I think anyone would welcome armed intervention by U.S. forces on an enemy threat on our person or family; for personal safety if for nothing else. Most would happily welcome that intervention no matter what their current opinion of the government and the military was, let’s just keep it real.

Much Ado About Nothing?

Perhaps it is, as mentioned every Nation in the world no matter how large or small has an active intelligence service conducting or trying to conduct espionage missions. The effectiveness of each depends of the security needs of any individual national entity and its ability to fund and carry out such operations. Thus the big huffing & puffing going on over the revelations of NSA espionage by phone ops make by reactions for show.

Every Nation in World would not only kill to have the capability to listen in on other World leaders conversations of state; each would readily use the same super advanced technology to produce to same Intel as the United States is alleged to have cultivated from the “Game”.

The obvious apparent outrage that is being witnessed in all media forms by other nations heads of state is simply a international form of “Hating”; a term use in modern culture to describe an individual(s) who envy “perceived” success in another individual or group that they, as an individual or group lack (OK, I’ll use the word in a sentence). The World leaders are “Hating” on America because she has a super-secret advanced technology that they don’t possess & can’t develop for a while.

Even the mysterious Mr. Snowden’s information, though damaging, in the sense of being an embarrassment to the U.S. intelligence community, really only confirms what the world’s Intel agency have heard as rumors for a long time. That the America has a new “Secret Weapon”. (Everyone in the World knows that the after WWII, the U.S. has had a policy of continuing to produce a line new secret weapons, that’s just what we do.)

As far as Snowden’s giving aid and comfort to the enemy, I able to understand both the U.S.’s position and Snowden’s position. Thus, whatever his fate and however he seen by history, he was just a very small piece of an enormously secret world of spying, espionage & counter-espionage in the U.S. intelligence community; thus he has no earthly idea about the entire world of black-Ops in which he worked and can do no real harm.

What’s Next?
The fire storm of protest will die down over the latest revelation from Snowden as to our “Ally Spy-Gate”, the dust will settle and he will drop another bomb that the entire worldwide intelligence community is well aware is the norm for them no matter how much it shocks the consciousness of this country and the world.

Hero or Traitor?
I am not the only one who is confused over young Mr. Edward Snowden’s status. The historians will have the ability to do forensic historian research on it all. With the benefit if hindsight to their advantage, they will know then what we can only speculate about now….