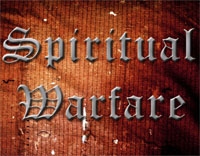 By Pastor Bridget
Many of us are appalled from the events such as Isis in Iraq. If you are not familiar with this group they capitalized by taking control of the predominantly Sunni city of Fallujah, in the western province of Anbarn. Growing tensions have been occurring between Iraq"s Sunni minority and Shia-led government.

ISIS has garnered international outrage for its brutal treatment of religious minorities and fellow Muslims in the territory they occupy in Syria and Iraq. They have barbaric practices when it comes to killing, such as chopping off heads of innocent children, raping women and hanging men. The Isis terrorist group illustrates the zealous acts is justified by their religious belief

To read more about this group just CLICK HERE:

MICHAEL BROWN: In reviewing this unarmed African American young man who was

THE FIGHT IS ON! These top stories are just a few that is happening in the world. Let them not take us off track or have us lose the focus of who the real enemy is. Remember who we are fighting against!

As the old adage says 'There is nothing new under the sun' and this isn't the first or last time we have heard or will of these types of such tragedies. The media is enabling us to see it during our time and our generation. We must remember that racial hate crime and prejudices are not the only evil events taking place in the world. We still have the infectious disease, cults, molesters, rapist, psychopaths, and serial killers to name a few who are lurking around. Let's not also forget depression and oppressive thoughts and acts. These spiritual attacks are designed to keep us focus on the worldly events deviating from the root cause.
Ephesians 6:12of the Holy Bible clearly states "For we are not fighting against flesh-and-blood enemies, but against evil rulers and authorities of the unseen world, against mighty powers in this dark world, and against evil spirits in the heavenly places."

So what's our STRATEGY? We must learn cognitively how to eradicate the fear so behavior will reflect God's will. The Michael Brown story speaks to our subconscious of fear and the inability of not being in control of our own lives. It constantly replays horrifying events reminding us the very bondage we tried to overcome...slavery! The Isis terrorist group emulating the Egyptians of Moses time exert their power by forcing their belief on others and more. These negative roots just find ways of kicking up negative emotional feelings that is now overpowering the thinking of man. When this root sets in it is not surprising that protest group's start acting just like the alleged assailants that committed the crimes.
How are results of this type of ideology demonstrated? Movements are growing out of anger which ultimately results in displays of rage-filled tactics. Recently responding to a text and Facebook request to join some of these movements and given the opportunity to teach the renewing of one's mind, illustration was demonstrated to show movement without the principle frame work of God will never stand.

Me encouraged to stayed focused. See this for what it is, a fight between good and evil. It is bigger than just racism! It is an attempt to extinct the human race. The best way to get rid of a race or species is to allow the 'host' to kill off its offspring. Evil evolves off of negative energy, and if we don't pray and seek God for wisdom and guidance we become passionate by taking a stand against what we don't understand, add fuel to the fury removing the Spirit who would guide us to win. Let's stop the enemy from using us for his tactics and fight the good fight of faith…

"The supreme art of war is to subdue the enemy without fighting."
¯Sun Tzu,The Art of War… The greatest way to win a battle is seeking God before we enter into the battle.