Did You Know That Workforce Florida has Changed to Career Source?

Did You Know That Workforce Florida has Changed to Career Source?

by Roger Caldwell
"It's as if we've all McDonald's franchise holders. We all have the same look, the same menu. Are the brand police going to come after me," says Rusty Skinner, CEO of workforce in Citrus, Levy, and Marion counties.

In February 2014, there was a major name change with Workforce Florida, with 24 regional workforce boards, and 100 career centers. The new name becomes CareerSource Florida, and each regional board will use the new brand with regional identifiers, such as CareerSource Palm Beach County, and CareerSource Broward.

"This is not just a name change," said Alvin West, CareerSource South Florida Chairman and CEO

& Senior Vice President of Administration, Miami Convention & Visitors Bureau. "We are changing our culture and the way we do business. Our new name reflects the strength of our partnership with Florida's nationally recognized workforce system."

After 15 months of research and development and paying a marketing company close to $500,000, the big announcement was the changing of the name. There is still an investigation into Workforce Central Florida, where there was $5.3 million which was misspent over 5 years, but the organizational chart is still the same.

If there was an audit done on all 24 regional boards, there would be millions of dollars being spent without credible accountability. Last year the Tampa Bay Workforce Alliance was criticized by 8 On Your Side investigations, which revealed that the director spent taxpayer money on expensive meals. The Tampa Bay Workforce Alliance also spent tens of thousands of dollars on award banquets with lavish meals.

But, the board members charge the local boards with conducting programs and overseeing policy. Sometime these board members are able to get their business completed in half of an hour. No one is discussing what happens behind closed doors, but again there is something fundamentally wrong with the system, when the entire year's work is done in an hour.

Governor Scott has fired a local workforce board, and he has put the workforce board of Central Florida on two year probation, but these accountability problems are pervasive throughout the state. Everyone in Florida tends looks the other way, because board members are appointed by the governor and CareerSource CEO Chris Hart IV. Chris Hart IV was the CEO under workforce Florida, and now he is the CEO of CareerSource.

Anyone would be happy if they received a good check and they could conduct business on a phone or in person for thirty minutes. It is always easier to have a press conference to explain to the media, that the problems have been corrected, because the name has been changed. But it takes hard work to make a significant systemic change that addresses and corrects the fundamental problems in the operations. 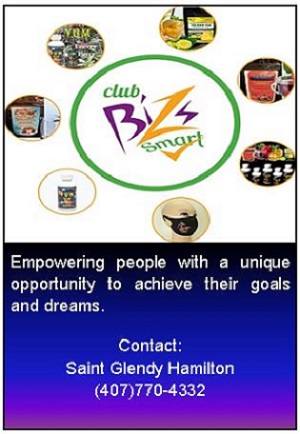