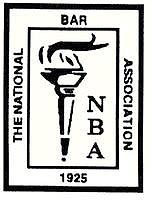 National Bar Association Hypocrisy: Your pro-boycott position would be more credible if you had cancelled your convention.

As I write this entry here on Constitutionally-Speaking.com, the National Bar Association (“NBA”), the oldest and largest association of African-American attorneys and judges in the United States is having their convention in Miami Florida. The NBA was established in 1925 as the “Negro Bar Association.”

As part of the continuing post George Zimmerman trial aftermath, the NBA has called for an economic boycott of Florida while they party and have a good time while in Miami Florida adding to the Florida economy in the very way they suggest that OTHERS should NOT do in the future.

Now, I have asked myself the following: assuming that you really believe that a boycott of Florida is warranted, why did the NBA not cancel their convention?

Well the answer is money. The “collateral damage” of a boycott, by and through the cancellation of the NBA convention would cost the NBA and their membership too much money. But the NBA can’t lead by example because, for this writer, the so-called “boycott of Florida” is bullshit anyway. But, “collateral damage” from a Florida boycott that the NBA and others speak about in glowing terms is okay for others to “suffer” (like us here in Florida to “feel collateral damage”), along with those who work hard and have businesses in Florida (and they seem to ignore that some of those business are black-owned and operated like black law practices, among other businesses here in Florida.)

I have gone on record being anti-boycott of Florida. The proposed boycott of Florida, if successful, (and it will not be successful because, well, for instance, the NBA did not cancel their convention in this instant moment) would hurt the very people that the NBA claim to either represent or who they claim to advocate the so-called boycott for their benefit to “liberate them” from the “boogie man” embodied in Florida Statute 776.012 or the so-called “stand your ground” statute. Of all groups, the NBA should know that Florida Statute 776.012 was not used procedurally during the State of Florida v. Zimmerman trial and as a result, should not be an issue unless you ultimately have a “disarm the civilian population agenda.”

But the biggest issue for this writer is the hypocrisy of the matter of the pro-boycott folks and especially the NBA given the fact that they are here contradicting the very import of what they argue. I have taken a position about the matter on the Carl Nelson Show on 1450 WOL-AM Washington, D.C. as recently as today and I have argued that “caveats” always seem come up on this topic by the pro-boycott crowd. Basically, the pro-boycott crowd argues for the boycott of Florida and they concurrently romanticize about the “economic collateral damage” with arguing for a boycott especially when it does not affect their economic picture. And when they say that there is always economic collateral damage they are talking about the hard-working Floridians who may be affected economically only. They are not talking about themselves, as to how the issue of the boycott would possibly affect them. In other words, it is indeed a flat out example of hypocrisy that the NBA would argue for a boycott of Florida, and they would not lead by example, and take the economic hit, and cancel their convention. They did not cancel, because they did not want to lose money, and did not want to get sued and did not want to disappoint all of their members who want to come to Miami Florida and spend money, have a good time, and “post up to show who’s got it goin’ on.”

Everyone who is reading this knows that I am not lying. You may not like it. But it is the truth.