by Attorney Jerry Girley
Recently, I travelled the deep south on a civil rights tour. I had the privilege of visiting every major civl rights museum in the south such as: the Rosa Parks Museum in Montgomery, Alabama, National Park Center's information center at the Edmund Pettus Bridge, the Civil Rights Institute at Birmingham, Alabama, Little Rock Central High School and the Lorraine Motel in Memphis, Tenn. by Cynthia Wheeler
The 2012 JQC annual report states:
"In calendar year 2011, the Investigative Panel received 587 complaints. Consistent with prior years, approximately 90% of those complaints were dismissed because it was determined that they were either without merit, sought to review a judge's ruling, or they failed to state a claim within the Commission's jurisdiction."

The Whacked Judicial System: The Judicial Qualification Commission Has No Respect for Citizens and Seems To Allow Judges To Misapply The Law

by Cynthia Wheeler
THE JUDICIAL QUALIFICATIONS COMMISSION HAS BEEN AROUND SINCE 1968 AND THERE HAS NEVER BEEN A SINGLE INVESTIGATION FOR INTENTIONAL MISAPPLICATION OF THE LAW OR GROSS NEGLIGENCE/INCOMPETENCE.

PLAY DEAD: My Thoughts on the Emanuel AME Church Massacre by Joycelyn Harrison Henson
"Play Dead" - That is what the grandmother told her 5-year-old grand baby during the massacre at Emanuel AME. That simple directive has played on my heart and mind all day. It is a heavy thought.

WHY YOU VOTING IS IMPORTANT TO POLICE REFORM & THE #BLACKLIVESMATTER MOVEMENT 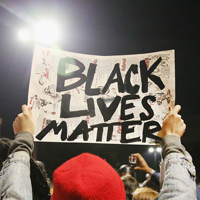 by Attorney Natalie Jackson
Criminal justice decision makers are selected through election or appointment. In some states, voters elect judges, while in other states, governors appoint them. In either case, the selection process is political. Lawyers who have performed political deeds for their party often become candidates for judgeships. 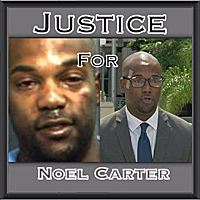 by Attorney Natalie Jackson
CALL TO ACTION!! (Please share and spread the word...we need all who are available to come, express their feelings & find out what our local leadership plans to do to rectify this incident and prevent future police abuse)

MONDAY JUNE 15, 2015 AT 2:00PM...CITY COUNCIL MEETING PROTEST AND CALL TO ACTION IN RE THE NOEL CARTER BEATING