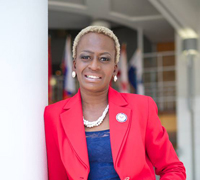 ORLANDO, FLORIDA- Regina Hill expresses her sincere gratitude to her voters for making their voices heard at the April 8, 2014 City of Orlando Commissioner District 5 election. She is asking that they turn out again to vote for her at the run-off election on May 6, 2014.