The powers of City of Orlando and Orange County offer our inner city residents "Blue Prints" to quiet our revolutionary actions against their gentrification and then holler: "It's Progress". The biggest set of lies in modern history are told right here in Central Florida! 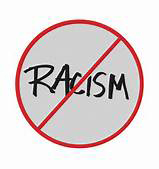 Payers are deprived of due process, through secret White - Only power organizations such as the largest Chamber of Commerce, the University Club and its powerful members.

The political BOSSES of the CHAMBERS, The Weakened Unions, and the fringe elements of our Central Florida Community, combine their collective efforts to deprive African Americans of their promised God - given and constitutional granted rights to due process and equal protection under The Racist Laws of Florida.

Gentrification? What Happened To The African-American Community In Parramore?

This current Administration and the Business Administration, Killed our Affirmative Action Ladders to Equality, and the yet unrealized Constitution of the United States of America!

Yes Americans, the City of Orlando has Discriminated Against African Americans and stole our homes and homelands for the benefit of wealthy developers and sports teams that take our tax dollars to enrich themselves and the public elected and appointed officials of Orlando.

Orange County, Legislators, and the members of the Governors' Inner Circle, Cabinet and corporate giants will steal our tax dollars and have our local leaders who complain jailed on trumped up charges just as was done to Mayor Earnest Page, Dr. M. L. King, Jr., our role model Nelson Mandela and many other political prisoners and citizens who spoke out against the apartheid treatment suffered in inner city Orlando, in American and the world.