We Know Something About Aramis Ayala That You Ought To Know 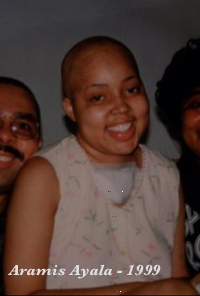 By Lawrence A. Robinson with Attorney Natalie Jackson
Attorney Aramis Ayala is a candidate for State Attorney for Florida's 9th Judicial Circuit. She appears to be a nice, sweet and quiet young lady.

She came to the Community Steeple Media's office and we talked for about an hour. I can tell you this, she is very passionate and very aggressive about her life's mission.

Are the Democratic Party and the Mainstream Media In Cahoots With Patrick Murphy, In The Same Way That Repubs and FOX News Are For Trump?

By Lawrence A. Robinson
“I don’t care what the newspapers say about me as long as they spell my name right.” I’m sure that you have heard that quote before. No one used this mantra in recent history more effectively than Donald J. Trump. The rest of the content of the conversations did not matter, as long as Trump’s name and face appeared, he wins.

by Attorney Pam Keith (Pam Keith is a candidate for U.S. Senate)
Note: This comment made by Attorney Pam Keith after frightened Patrick Murphy dropped out of a scheduled debate with Alan Grayson. This debate was to be hosted by WFTV Channel 9 and didn't include candidate Pam Keith because of arbitrary poll rating levels, said to have been set expressly for the purpose of excluding her.

I don't know for sure, but can safely assume from the full content of his speech that Dr Barber & I may not share the exact same position on every predominate policy of our time. However, we do agree on the majority of what his speech is saying and calling out to our nation for!

Is WFTV Channel 9, Showing Racial Bias By Denying Pam Keith A Place On The Stage?

By Attorney Pam Keith  (Pam Keith is a candidate for US Senate)
Here is the skinny on the debates:

WFTV Channel 9, in Orlando is televising a debate the second week of August. We have been informed that the station "reached agreement" with Murphy and Grayson to keep me out of the debate. As far as we can tell, it's the only debate Murphy has agreed to. The decision was not based on polling, as I am polling above 10% and neither opponent is polling above 30%. This is particularly important as more than 30% of voters remain undecided and are likely to make up their minds based on the debates and Editorial Board endorsements.

by Lawrence A. Robinson
During Jeff Ashton 2012 campaign he made promises to the Black community to be fair and honest. After his election, State Attorney Jeff Ashton not only turned his back on the Black community, but actively worked against the very people that he swore to serve. And now, he is unwilling to even debate his opponent in a public forum. Can this community really allow Jeff Ashton to retain his role as State Attorney?  NO!  The answer is NO!

by Pam Keith, Esq. (Pam Keith is a candidate for US Senate)
For those who do not know my foundational principal it is this: I LOVE, and I mean really LOVE, my fellow Americans. I believe that we are each unique and special. That our contribution to this great land is NOT based on the amount we contribute in taxes, or how much we produce, sell or make. We cannot help but rub up against each other.