The Man Beside Aramis Ayala 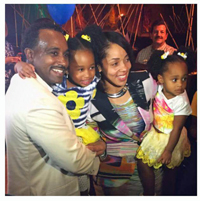 by Alisia Mary Adamson
While many argue that personal lives (especially of family members) shouldn't matter when it comes to politics, I see why they do...because situations in our lives shape us into who we are.
David Ayala's story is one of reformation, restoration and most importantly, rehabilitation. 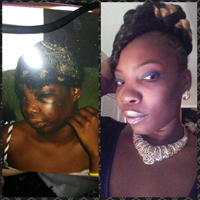 by Tiffany Baldwin
Domestic violence is becoming worst and worst these days! If you haven't been through it you would never understand! To have a weakness and not love yourself enough to get out is frightening! To think a man loves you after he treats you like scum and disrespect you in front of family and friends is sickening! It happens it happened to me! 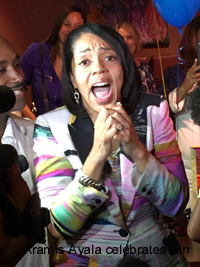 But that is not even the most gratifying part. She (we) started out with literally a handful of supporters. There was no big loud thunderous movement in the beginning. It simply started out with a group of friends who saw something special in a person and encouraged her to run.

by Lawrence A. Robinson
Chad Cronon was an instructor of legal studies at the University of Central Florida. He also practices law privately.

I met Chad when my political support team needed an attorney to file an injunction against an opponent candidate who was a well known, establishment and status quo, Black attorney who was running for City Council in his mother's shadow.

We wanted a Black attorney to file the injunction, but could not find one who would take the case. Chad Cronon decided to take the case. Chad was white and had tried cases against government entities and won. I advised him of the issues that Black attorneys face in this type of situation, but Chad was confident that he would be triumphant and there would be no issue. by Lawrence A. Robinson
I met Joseph S. Ferguson sixteen years ago when I started working for Sprint. He had been working there for a while already. I noticed his weird sense of fashion before we even met. He was somewhat loud but friendly and will laugh in a minute.

Not only was his style noticeably different from mine, but his philosophy was slightly askew also. It was that skewed life's philosophy that was the basis of our friendship. Practically every conversation with him was a friendly debate.

A MESSAGE FROM NOEL CARTER

(Below is a text message I received from Noel Carter late last night after the trial was over and the jury said he was guilty of battering the police officers who were caught on video abusing him. by Attorney Camara Williams
I woke up in the morning with a conflicted feeling. Happy for my trial result, but upset about the trial result of Noel Carter (my friends and colleagues Natalie Jackson, Kafi Kennedy Swanson, James Smith tried this high profile case). It is an interesting irony that in the same judicial circuit we had two cases happening in the same week involving excessive police force, with both clients being charged with Resisting an officer.